Neha Nagar was a victim of body-shaming by her peers and close friends. She says she found self-worth in finding herself, rather than relying on others' opinions to validate her worth. Neha Nagar's story brings focus to the women entrepreneurs from rural towns later on. Neha grew up in a small rural where everyone was traditional and girl's education was an issue. She started making videos on social media that went viral and gained over a million views. 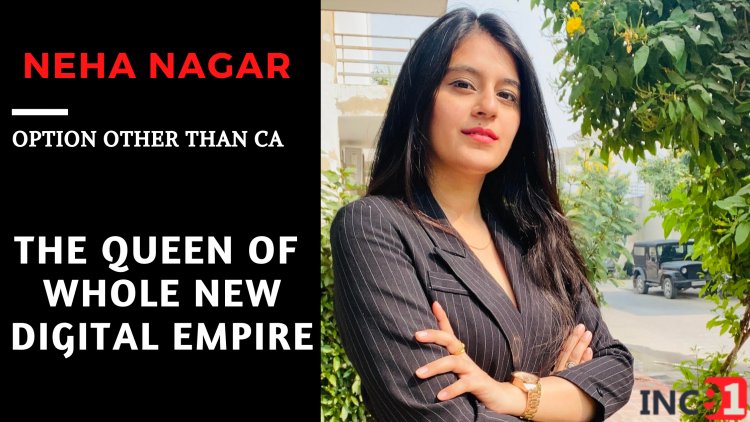 Those three years were the most difficult and stressful as she was on the edge where her dreams were all collapsed she lost faith and confidence and felt that she could no longer accomplish anything in her life. It was a time when she started believing and recalling that how she was humiliated by her peers and close friends. She says I still remember those comments about my appearance and made me feel like the ugliest girl but those moments were not success but those were a shadow of success.

“Failing in CA three times was not only a failure; it was the best lesson I could have learned because, after that, I discovered some of the goals that were unattainable for most people,” she said.

Everyone is born for a purpose you just need to find it but she could find it and things started bothering her and suicidal ideas kept buzzing her head. Neha Nagar was a victim of body shaming; she says “I still remember the gossips and inappropriate sentences made on my body and the attitude of people towards her appearance

She stated that body-shaming became a topic of discussion in her circle. She faced so many things like other girls such as 'inappropriate, negative statements and attitudes toward her body and this made her life difficult to attend school and many gatherings and this was the reason she didn’t have many friends in school as well as college It had impacted her life a lot slowly she became underconfident and started doubting herself. Once in a while, we all have faced some inappropriate statements on chubby as well as skinny bodies. We gripe at different problems, pain lots of downs faced but these are the only paths to real success.

Find self-worth within yourself to feel comfortable with who you are, rather than relying on others' opinions to validate your worth.”

Belonging to a traditional and backward town her parents were pretty conservative and asked her to marry, therefore she wanted to travel the world and explore new things. It can reveal some important factors that may contribute to your success or failure and I chose success and pursued MBA. At the journey of MBA she explored, experimented varieties of things at the time, but she was having a strong reason to go for MBA was married and to explore and learn about new things.

It's for all the parents out there who think that an unmarried, happy, educated girl is preferable to a married, illiterate girl.

Neha Nagar’s story brings focus to the women entrepreneurs from rural towns later on that made a very solid impact on the life of other women and inspired them, Neha grew up in a small rural where everyone was traditional and girl's education was an issue. At the age of 14, she moved to Delhi with her family where she found a different lifestyle and she had some obvious reasons to adjust. She couldn't participate in speech presentations at school since her peers spoke in English and discussed 'economics.' She always believed in herself that it was not her SPACE her world is different and this was also a reason she didn't have too many friends in school

Having a dream of being a financially independent and successful woman Neha Nagar opted for CA but unfortunately, she failed it 3 times, and as Mickey Rooney said “You always pass failure on your way to success.”

Belonging to a backward rural area it was obvious to be an average student but also she perused CA as her family urged her to. After failing in 3 attempts she pursued MBA and also began modeling and acting, and she modeled for Mary Kom for Tribe India in a kurta. And there's one for Zee News (crime series), among other things. Despite her parents' objection, she took advantage of the opportunity to appear in the Zee Music video.

She was always confident about achieving something in her life even after marriage she didn’t stop and started exploring things. She was inspired by the businesswoman and keep on doing research to discover her passion for business.

Unlike others, she couldn't sit still and waste her time at home in lockdown, so she recorded a short informational video. she used Tik- Tok to entertain herself. One of her videos went viral after a few weeks and gained over a million views. Despite the fact that her videos were valuable and free, 15% of her viewers were women. She thought that women should take advantage of available resources and get more knowledge about money and business, so she started making videos on social media, later on, she gained 600k followers on Twitter (133k on Insta, 320k on Tiktok, 36k on Youtube, and 8k on LinkedIn and other social media apps).

The thought of an independent girl and an orthodox background always clashes same happened with Neha, everyone questions her potential and doubted her dreams relatives always point ‘‘ladki ho tum, Tumse nhi hoga and this made her question herself but the spirit of proving everyone wrong never let her stop and fight for her dreams, she even fought with her family on wearing western dresses snd she counts this as her first step on her designated path. 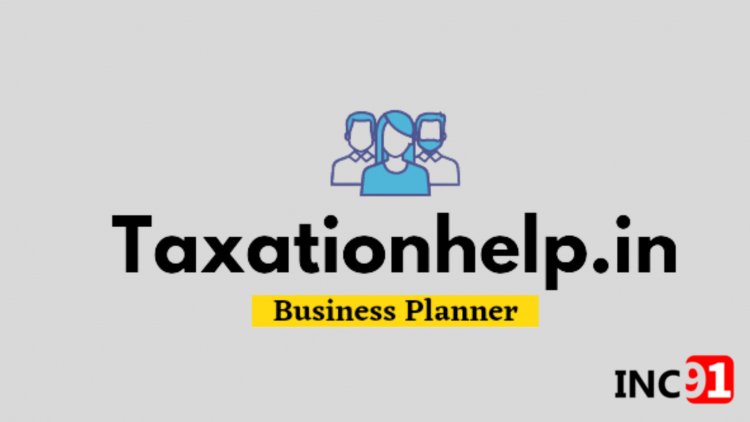 If you want to start a company you need funding a very large amount, a big team to manage but Neha proved it wrong she started her company all alone with zero investment, She worked 24*7 to find her first client no doubt she had faced difficulties in many things but still she made it happened.

Growth was slow but it was fantastic today she has served 150+ clients till now, her in-laws forced her to bring a child into their home but she was determined and focused on her path and never wanted to stop herself no matter what and made her mind of never giving up.

Finally, The woman who can inspire others - Neha Nagar

Neha Nagar began her journey with Taxationhelp it is a technology-driven platform that deals in all types of legal services for both startups and existing enterprises. Incorporation to annual compliance and all type of services related to legal and taxation. When she realized the about people who wanted to start a company but don’t know from where to start. She overcame her obstacles from body shaming to underestimation. She always has a great spirit one that we all want to have in every girl.

How do you get your startup on technology news and media?