There is much more that Saurang Pandya has to say to all students and working people who desire a fulfilling career. According to him, the first step to living a meaningful life is selecting the ideal profession. Through his professional coaching, he has altered the lives of many people. 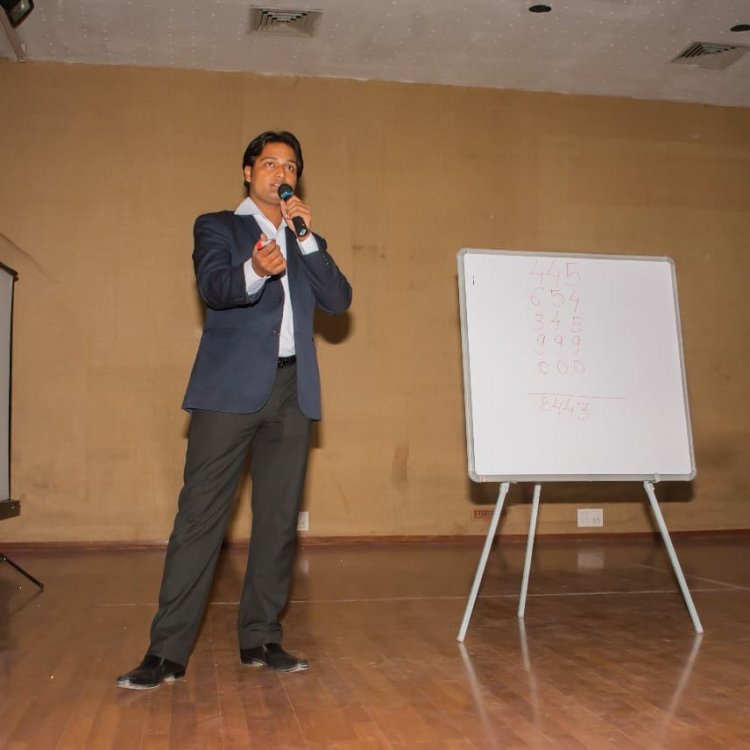 Saurang Pandya is a self-help author, professional public speaker, and career and business coach. He also works as a coach. In addition to that, he established the brain development organisation Sensation Brain Solutions Pvt. Ltd., which has its headquarters in Ahmedabad, Gujarat. At the age of 27, he laid the groundwork for this enterprise. He has guided a great number of people through the process of selecting the ideal profession for themselves. As an edupreneur, he has focused his entire life on furthering his own education and the education of others.

Saurang, who began his career in the business process outsourcing industry in 2009 as a customer service representative at a BPO company, is the creator of Sensation Brain Solutions. It took him approximately a year of employment at the same firm before he realised that he was unhappy in his position there. As a result, he decided to leave the company and take some time off to get to know himself better before returning to work. After conducting an in-depth investigation of himself, he discovered that the field of teaching holds a great deal of fascination for him. In point of fact, he had taught a great number of students, including the junior kids at his school and his classmates. He began his professional career in the year 2015 by working as an English instructor. Subsequently, he established his own business. During those days, he spent a significant amount of time interacting with pupils and parents who came from a variety of various places. He became aware of the many challenges that his students were contending with. He also understood the anguish felt by parents who were concerned about the future of their children, particularly those who did not have an adequate level of education. After that, he made the decision to make a difference in the lives of students and began his profession as a coach in 2013. He led a lot of different workshops and seminars for the pupils and their parents. He provided academic and career guidance to a great number of students and working professionals while his organisation was in operation.

The transition from working as a BPO agent to working as a career counsellor and edupreneur with a variety of clients required a significant amount of faith and tenacity on the part of the individual. He has been maintaining a client pool that consists of students, housewives, working employees, professionals, and business owners. He has been doing this for some time. He finds joy and fulfilment in being able to make a difference for the better in the lives of others.

Students of today have access to a mind-boggling variety of job paths that were not open to students of previous generations, and although this presents a challenge, it also presents an exciting opportunity. On the other hand, it can simultaneously make one feel stressed out and overpowered. Students frequently find themselves perplexed while trying to decide which job path to pursue because there are so many different paths available to them. If you don't have a clear sense of purpose or where you want your life to go, you can waste your valuable time at jobs that don't lead anywhere. If you make the appropriate decision about your future occupation while you're young, you can have a head start on a successful life. Choosing a job path and sticking to it helps ensure that you will have financial stability throughout your life. The majority of people do not get their desired career as a result of pure luck. Only a very small percentage of the general population is able to become famous and wealthy only on the basis of their outstanding talents. The majority of occupations that pay more than the minimum wage today require applicants to have at least a bachelor's degree. It is possible to land a career that is not only satisfying but also pays well if you take the time to match your skills and abilities to the degrees and specialisations that you have earned.

One of the most challenging things for a student to do in today's world is to figure out what field of work they want to pursue. After finishing the tenth grade, students are only allowed to choose their academic path based on the percentage they achieved in their board examinations. In addition to this, their parents force them to behave in the same manner. Students, once they have completed the 10th or 12th grade, are surrounded by people who are willing to give them advice, including their friends, parents, relatives, and teachers. The more people there are, the more talk there will be. When it comes to choosing a job path, it is strongly advised by Saurang Pandya that students do not allow themselves to be swayed by the opinions of others. He continues by saying that each of us only has one life, that we are born with some talents that were given to us by God, that we are all different, and that as a result, our choices for a career should also be different. It is up to everyone of us to make a positive impact on our society, our country, and the globe. Therefore, deciding on a profession ought to be entirely up to each of us individually.

When you enjoy what you do for a living, it's much simpler to drag yourself out of bed on a Monday morning. According to the findings of a poll that the Gallup Corporation carried out among 2,300,00 people working in 142 different countries, only 13% of workers are content with their work environment. This should serve as a wake-up call for all of us.

Saurang Pandya is an expert in the practise of self-knowledge, and he gives people advice in such a way that it enables them to lead a life that is both happy and rewarding. He encourages everyone to select the ideal occupation for themselves and continually work toward improving their talents. In addition to that, he operates a digital marketing agency in Ahmedabad, and he has future plans to grow his business even further.