A five-judge Bench of the Supreme Court led by Justice A.M. Khanwilkar will examine on Monday seven petitions. Majority view held by the Constitution Bench had declared the programme an 'unparalleled' identity proof. In dissent, Justice D.Y. Chandrachud called the scheme "unconstitutional" The court is considering the review pleas almost two years after some of them were filed. Rajya Sabha MP Jairam Ramesh's petition, one of the earliest of the lot, highlighted the passage of the Act as a Money Bill. 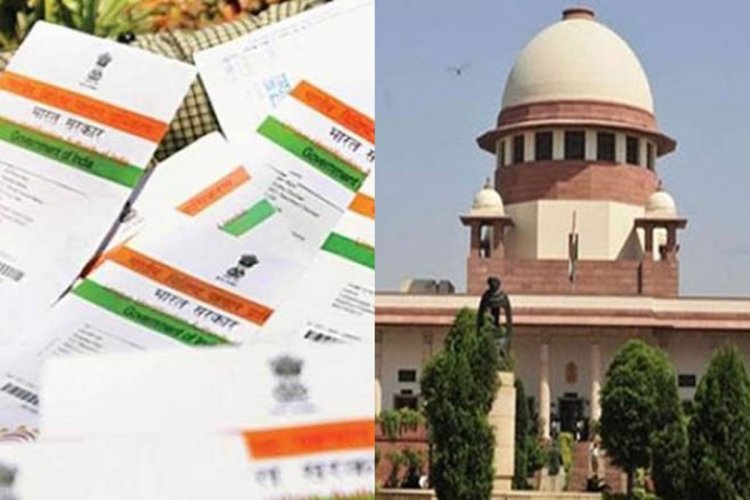 The majority view held by the Constitution Bench had declared Aadhaar an ‘unparalleled’ identity proof that could not be duplicated unlike PAN, ration card, and passport.

A five-judge Bench of the Supreme Court led by Justice A.M. Khanwilkar will examine on Monday seven petitions, including one by Rajya Sabha MP Jairam Ramesh, seeking a review of the court’s majority verdict upholding the Aadhaar programme as a reasonable restriction on individual privacy to fulfil the government’s “legitimate aim” to provide dignity to the poor.

The majority view held by the Constitution Bench declared Aadhaar an “unparalleled” identity proof that could not be duplicated unlike PAN, ration card, and passport

On January 11, five judges, who include, besides Justices Khanwilkar and Chandrachud, Justices Ashok Bhushan, S. Abdul Nazeer and B.R. Gavai, would consider the review pleas in the chambers at 1.30 p.m.

The court is considering the review pleas almost two years after some of them were filed.

‘Fraud on the Constitution’

Mr Ramesh’s petition, one of the earliest of the lot, highlighted the passage of the Aadhaar Act as a Money Bill by superseding the Rajya Sabha. He said this was a “fraud on the Constitution”.

Justice Chandrachud had said that though this may be done out of political expediency, the fact that it was a “subterfuge” and debasement of constitutional authorities could not be overlooked.

The review petition has argued that the Aadhaar Act clearly did not fall within the ambit of Article 110 (1) of the Constitution, which restricts Money Bills to certain fields. In fact, Justice Chandrachud had declared that a “Money Bill must deal with the declaring of any expenditure to be expenditure charged on the Consolidated Fund of India”.

Another review petition filed by Imtiyaz Ali Palsaniya said the September 29, 2018 majority judgment did not examine certain vital issued connected to the scheme and it parent statute.

“Despite a clear legislative mandate to the contrary, Section 139AA of the Income Tax Act, 1961 made it compulsory to ensure that PAN card is linked with one’s Aadhaar details. The proviso to Section 139AA(2) further states that in case a person fails to intimate Aadhaar number, the PAN of the person shall be deemed to be invalid, and this failure to link will result into a situation wherein the person will be treated as if he had never applied for a PAN card,” the petition said.

Secondly, Aadhaar linkage was supposed to be confined to either a benefit, subsidy or service.

“Filing of Income Tax Returns under Section 139AA of the Income Tax Act, 1961 does not fall within either of the three descriptions,” the petition contended.

The petition highlighted how the Aadhaar programme had already become an “instrument of transfer of sensitive personal data belonging to the citizens of this country into foreign entities, which acted as Biometric Service Providers, even before the Act came into existence”.

Generate primary as well as secondary research ­based content for business, Responsible for news coverage in the area of media and entertainment. I am professionals on diverse subjects spanning Digital Business and Technology. Focus on sectors like e-commerce, O2O or Hyperlocal, FinTech, HealthTech, and Agritech.

In December, Tesla will join the S&P 500 after being snubbed earlier this...

CBO Choudhry is named by HomeLane as Co-Founder, COO