Fashion is the armour to survive the reality of everyday life. "Shararat"

SHARARAT- is a trade name, a platform for females particularly of 20-60 age group to showcase their misdemeanor but in a cute way while being comfortable. A variety of lounge wear is available in just one click which includes nightgowns, kaftans, sleepshirts, pyjamas, night sets and what not. 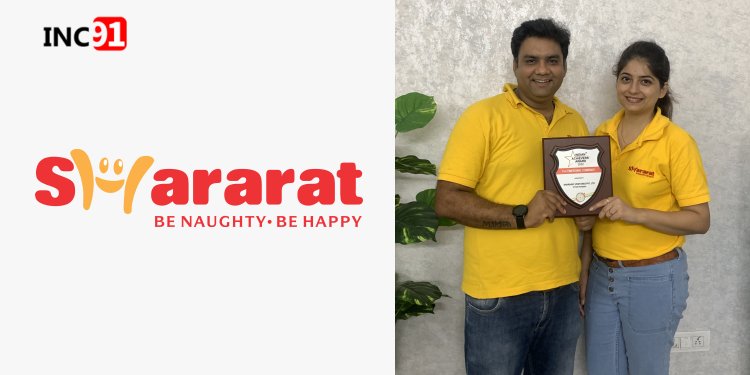 It is not always easy to put into words the influence that style and fashion have. A lady has been regarded as the very definition of elegance for hundreds of years when she is clothed in contemporary garb. Fashion is something that is done on a daily basis, and it is always evolving to keep up with the latest trends and happenings. Especially in today's society, what you dress is how you display yourself to the rest of the world.
Shararat is a commercial name that refers to a platform that allows women, especially those in the age range of 20–60 years old, to display their transgressions in a manner that is charming while being comfortable. It just takes one click to access a wide selection of loungewear, such as nightgowns, kaftans, sleepshirts, pyjamas, night sets, and anything else you can think of. In addition to being fashionable and up to date, the items are also kind to one's wallet. When working from home, it's fun to wear clothing that are cosy and friendly, since this creates an atmosphere of playfulness.

The items may also be purchased online through retailers such as Amazon, Myntra, Ajio, Flipkart, and Meesho, amongst others. Even when the current situation involves working from home again, most women still want to decorate their closets in a way that is familiar to them. This is especially true in terms of clothing.
Shanky and Avinash, the couple-preneurs who entered the fashion industry jointly after being joined together in a nuptial bond, first met at a corporate job a few years ago. After being married, they decided to start their own business together. They were colleagues at the same company where they worked. After a period of time, they grew to enjoy one another and started to cultivate a loving connection with one another, which ultimately resulted in the two of them being married.

Their love blossomed and became stronger as the years passed. After that, the idea of thriving in this cutthroat environment sprung into my head. While lounging at a coffee shop, the seed of an idea for a new company was planted.

A wise person once said, "It's not about brand; it's about style," and they were right. My entry into the fashion business was facilitated by the realisation that this concept provided. In addition, being able to successfully combine romantic interests with professional endeavours is the icing on the cake. After they were married, their lives became consumed by routines and day-to-day responsibilities, and as a result, they wanted a great deal more. They quit their well-paying careers in order to pursue a purpose, passion, and ambition that they shared together, which was "to make our planet happier and naughtier."

Even while difficulties helped prepare the road, there is no such thing as success without failure, and there is no such thing as winning without losing. The path to achievement is paved with challenges. It is necessary for a person to travel the difficult route in order to bring about a significant shift in their life. This is what took place in the lives of both of them. If you come from a working class home, being an entrepreneur needs you to have the capacity to raise capital, to think critically and creatively, and to perform well under pressure. Living with worries prevents us from taking chances, and if you don't branch out, you'll never obtain the greatest fruit. "If you don't go out of the branch, you'll never receive the best fruit." The pair courageously took on the hurdles, and they were ultimately successful in doing so. The commitment to continue along the route that had been selected resulted in flowers being laid down along the way.

To be successful in entrepreneurship, you need some basic abilities. Aspiration, a readiness to learn, tenacity, assertiveness, self-assurance, and the guts to take calculated chances are all necessary qualities. The pair was very successful in meeting all of the company's requirements. They were in charge of the accounts and worked to cultivate good will with the clients. Friends and family provided the most assistance, both financially and emotionally, throughout the first stages of the company's establishment. After that, they decided to look for finance from other sources, which was the best course of action given the circumstances.

The pair looked forward to the difficulties and did their best to dive right into them. It might be challenging to find a happy medium between responsibilities at home and those associated with a new venture. The pair did an outstanding job of handling the situation.

The two individuals encourage the readers that in order to be successful, they must have perseverance and an optimistic attitude, despite the fact that storms and earthquakes may be in their path. It is not whether you succeed or fail; what matters is if you have the fortitude to keep going after any outcome. One definition of a successful guy is someone who can build a solid structure with the bricks that other people have thrown at him. Making planning for the long term is necessary in order to survive. Maintaining a healthy equilibrium in one's personal and professional lives is a priority that must not be neglected. Experimentation and research are crucial for coming to the most accurate conclusion when one is trying to establish a hypothesis. Always be a member of the community and maintain a social life, since when times become tough, we all need someone to lean on. Make sure you take care of your mental health since you are the engine that drives your company.

Arpit Goyal: An entrepreneur who left his home to become a Filmmaker and...

CityMall is raising $3 Million from the capital increase social ecommerce...

HOME IN THE CITY – This entrepreneur used his personal experience to start...