What are the advantages of investing in telecom sector?

100 percent FDI is permitted in the telecommunications sector. Up to 49 percent of this is permitted.

Some of the main benefits for investors in the telecommunications sector are basic customs duty (BCD) and the withdrawal of special additional duty. Only the countervailing duty of 12.5% must be charged by importers of cell phone components such as chargers, adapters, batteries, and wired handsets. For local producers of mobile speakers and batteries, a 10.5% duty gain exists.

In the telecoms sector, 100 percent FDI is allowed. Via the automatic route, 49 percent is authorized.

Deductions claimed on account of PSTN related call and roaming fees (Pass-through fees/Interconnect Use Fees) actually charged to qualifying Telecom Service Providers and Sales Tax & Service Tax (if included in the Gross Revenue) actually charged to the Government are admissible.'

The documents requested areas follows-1) Cover letter with a checklist for the submission of documents in the proforma prescribed. 2) Sales and license fee quarterly statements (AGR). 3) Invoice photocopies duly signed by the Approved Signatory. 4) Proof of payment, properly signed by the Approved Signatory. 5) Approved copy of the Intra-Company settlement ledger along with Annexure-AG. 6) Certified copy of the declaration of net settlement in the case of an Inter-Company settlement in Annexure-AO. 7) Recorded copy of the Declaration of part payments made in the Appendix, in the event of partial payments made due to billing conflicts. 8) Power of attorney by the Approved Signatory to assert that the licensee's information and documents so supplied are genuine and checked. 9)The power of attorney should be forwarded to the CCA offices concerned. 10) Full bank statements (with running page numbers) showing specific payments signed by the bank authorities on the 1st & last page (not blank). 11) Audited Quarterly Sales and License Fee (AGR) Statements at the end of the financial year. 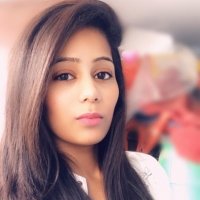 PM calls for cross-utilization of research and institutionalization of...

The ‘10 Ways that can help in Evaluating a Market’?