The auto industry has reached a tipping point and is set for explosive expansion.

Connected, convenient, environmentally friendly, and cutting-edge technologies will be the cornerstones of the automotive component industry's bright future.

According to Shri Piyush Goyal, the Union Minister of Commerce and Industry, Consumer Affairs, Food and Public Distribution, and Textiles, the Automotive Industry is at an inflection moment and is primed for rapid growth. Earlier today in New Delhi, he delivered a speech at the 62nd Annual Session of the Automotive Component Manufacturers Association (ACMA).

Shri Goyal made a remark that touched on the topic of today's session, which was titled "Future of Mobility - Transforming to be Ahead of the Opportunity." He said that the future of the Automotive Component Industry depends on being more connected, concentrating on convenience, orienting towards clean energy and clean mobility, and utilising cutting-edge technology. Shri Goyal, while expressing confidence in the growth prospects of this industry, emphasised that the industry's current attention should be directed toward quality and cost competitiveness.

He made the observation that despite the fact that the automobile industry had experienced difficulties in the form of reduced demand and a slowdown in recent years, primarily as a result of Covid, the worst of it is over now, and the fact that record numbers of sales were achieved for two and three wheelers suggests that the industry is getting back on track.

Shri Goyal, in recognising the enormous potential of the automotive sector, stated that the industry makes a sizeable contribution to the GDP, generates employment opportunities, promotes the development of relevant skills, places a high value on talent, and possesses an ecosystem that has a significant influence on society. He reaffirmed the government's dedication to provide assistance to the industry through programmes such as the Production Linked Incentive Scheme (PLI). He went on to say that the government is also working to help the ecosystem of the semiconductor industry.

The Minister stated, in response to the fact that nations all over the world are searching for reliable partners and stable supply chains, "I don't think there is a comparable potential of the size and magnitude of India anyplace else in the World." The Minister stated that discussions for FTAs with a number of countries are moving along nicely and making good progress. He expressed his optimism that the Economic and Trade Agreement (ECTA) with Australia would be approved by the Australian parliament before the year came to a close.

Shri Goyal presented the Industry with a 5-point action agenda, which included the following:

At the end of his talk, the Minister pleaded with the Industry to make India a global leader in the Automotive Industry and to increase India's footprints in other countries around the world. 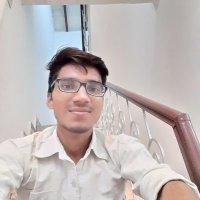 7 Tips For Finding The Best Effective Tax Preparer For Your Business |...

How these Young Entrepreneurs Are Helping People Stay Healthy and Earn...

JYOTISH108 –MAKING A DIFFERENCE IN THE WORLD OF ASTROLOGICAL ANALYSIS...