The creation of new businesses and the introduction of innovative ideas are not only contributing to the resolution of environmental issues but also to the expansion of the nation's economy. 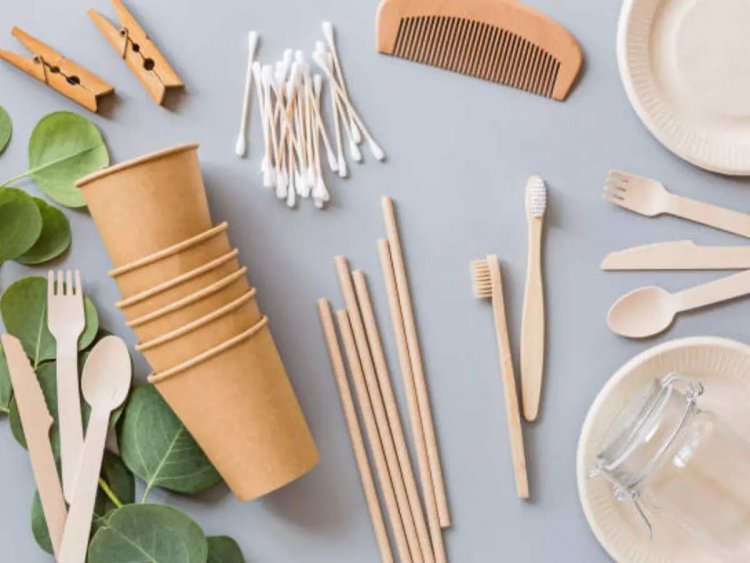 Minister of State for Environment, Forest and Climate Change and Consumer Affairs, Government of India,

inaugurated a conference of startups and innovators working on eco-alternatives to banned single use plastics and air quality management on September 27th, 2022 at the Chennai Trade Centre in Chennai. Shri Siva V Meyyanathan, Minister of Environment, Climate Change, Youth Welfare and Sports Development, Government of India, was also in attendance at the event. The Government of India, the Government of Tamil Nadu, and the Ministry of Environment, Forest, and Climate Change have collaborated to organise the Startup Conference.

The control of air quality and the development of environmentally friendly replacements for banned single-use plastics are two examples of the serious environmental problems that have been addressed by startups and other types of innovative companies.

He emphasised the significance of having accessible alternatives to the single-use plastic items that have been prohibited by the government. This challenge has been taken up by entrepreneurs and innovators, who have come up with environmentally friendly alternatives. Rice straw has being used by one startup to create a material for packaging. The development not only solved the problem of pollution produced by plastic, but it would also assist in lowering the level of pollution brought on by the burning of rice husks. A second new business venture has developed a flexible packaging material made from seaweed. He brought attention to the fact that new businesses and innovative thinkers are not only contributing to the resolution of environmental issues but also to the expansion of the nation's economy. Through a variety of government-run programmes, such as the Startup India Mission, the Indian government is putting an emphasis on providing assistance to entrepreneurs and new business ventures.

At the Startup Conference, there will be attendance from a large number of new businesses and creative thinkers from all over the country who are developing alternatives to banned single-use plastic goods and methods for improving air quality. At the Expo, participants include representatives from concerned government ministries interested in supporting innovation, startups, and MSMEs as well as bank representatives who play an important role in the process of mobilising finances for startups and manufacturers. The Startup Conference is being attended by delegates from a variety of state agencies, including state governments and state pollution control boards.

The Conference of Businesses will provide a platform for engagement and exchange of views amongst innovators and institutions, government departments supporting startup ecosystems in the country, and financial institutions, on initiatives taken for scaling up innovations and supporting startups. The conference will feature experience sharing sessions for entrepreneurs working in the field of alternatives to banned single-use plastics and startups working in the field of air quality management. These sessions will take place during the conference.

A separate discussion on the role of financial institutions in scaling up companies has also been scheduled, and attendees will include representatives from the Startup India Mission as well as banks and the Ministry of Micro, Small, and Medium Enterprises.

The Minister stated that the strategy that has been adopted by the Government to combat unmanaged and littered plastic waste has two pillars: the first pillar is the implementation of extended producer responsibility on plastic packaging, and the second pillar is the prohibition of single-use plastic items that have a high potential for littering but low utility. We will be able to make progress in addressing the problem of scattered and unmanaged plastic trash in the country if we encourage innovation and startup companies to develop alternatives to single-use plastics.

Anupam Sharma : How to find opportunity in Cryptoverse and stay ahead...

Simplifying the Complexities of Love Marriage versus Arranged Marriage

Educate yourself further on esoteric topics like Vaastu, numerology, and...