India’s music industry is known to be the most vibrant and diverse one. There is always someone new whose creativity is admired and whose voice people enjoy listening to. Music has always had a powerful influence on human beings and the industry is blessed to enjoy the work of Gulshhan Suman. Gulshhan Suman is a Celebrity Professional Singer, who is known for his command over various genres like Ghazal, Sufi, Punjabi Folk and Bhajans. 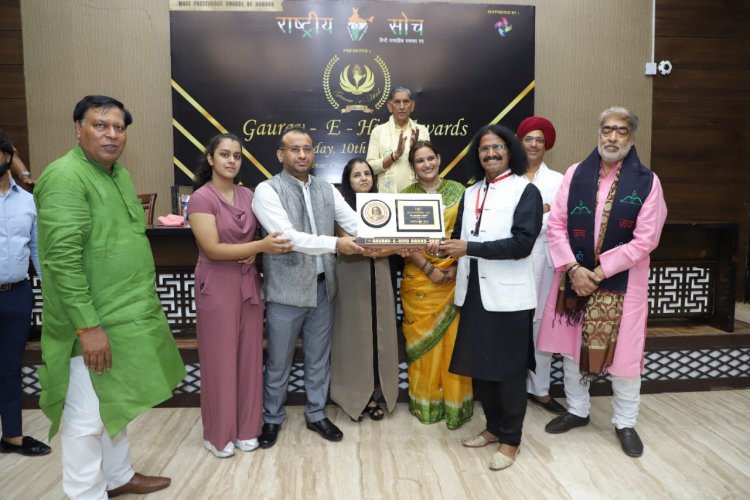 Gulshhan Suman had a strong inclination towards music since his childhood days and his love and devotion for music led him to pursue his passion. After learning to play the Flute, Tabla, Harmonium and the basics of Hindustani Classical Singing from his uncle, Giani Gurbachan Singh (disciple of Malang Ustaad), at a very young age, Gulshhan Suman continued to learn and refine his Hindustani vocal skills and got trained in different genres of music. His interest resulted in achieving a great milestone when he decided to audition for All India Radio (AIR) and Doordarshan and was selected. Subsequently, Gulshhan’s talent started getting recognised and he was invited to sing Ghazals and Light Music. After several performances and television broadcasts, he was inspired to explore the music industry further.

The multi-talented singer is known for his albums such as “CHUNAR MORI RANG DAARI”, “MAIN TERE QURBAAN” and “EK TALAASH”.  His compositions and voice have played a great role in popularising different genres of classical music by expanding its peripheries to the young generation.

Gulshhan’s debut album, “Chunar Mori Rang Daari” was released in the year 2011 which is a combination of compositions and bhajans by Kabir Das, Meera Bai, Sur Dass ji and Dadu Dayal ji. Gulshhan Suman’s display of versatility in this album is completely divine and this soulful rendition won millions of hearts and is praised till date. His second album, “Main Tere Qurban” was released in the 2016 in response to the changing trend to western music among the youth. This album is very unique in the sense that the compositions were written to the tune of Indian Ragas but the rhythm was shaped western. The title of this album is inspired from a song written by Baba Bulleh Shah while his third album, “Ek Talaash” includes bhajans composed by Pandit Girish Chandra ji who taught Gulshhan Suman the art of playback singing and trained him to perfect the complexities and intricacies of singing.

His latest album is a Punjabi Video song, “Mainu Ho Gaya Pyaar” released on YouTube through Shemaroo. This latest release has become the most trending number having garnered over five lakh views. The album has received widespread appreciation from different corners and has added a new flavour and vibe with the eighties beats.

Gulshhan Suman strongly believes that the biggest adventure in life is to live the life of your dreams. Apart from Music, Gulshhan Suman is vested in studying Vedanta Philosophy and is also an excellent Motivational Speaker, imparting training to his colleagues at the Airports Authority of India. As a speaker, he talks about dealing with various issues, like STRESS MANAGEMENT, THE WAY TO IMPROVE INTER-PERSONNEL RELATIONSHIP, and Time management. Besides, he has also made a mark in the field of modelling by being associated with renowned companies like Gold’s Gym, Lokayat Art Gallery, Flipkart and Tanishq.

Gulshhan Suman has also been bestowed with the honour of RASHTRA RATAN AWARD by Purwar Achievers Foundation, Noida and is often invited by various organising companies as a Celebrity Guest and Guest of Honour. He has also received the GEM OF INDIA award at the All India Achievers Conference, Delhi and the BEST SINGER award by Wedzilla Fashion, Delhi.

Music heals and the maestro Gulshhan Suman is indeed healing our earth with his gifted art - the best way to defeat stress indeed is music and Gulshan Suman has touched many hearts through his magical numbers.