One District One Product Scheme

The Department of Commerce through DGFT is engaging with State and Central Government agencies to promote the initiative of One District One Product.

One District One Product (ODOP) is an initiative which is seen as a transformational step forward towards realizing the true potential of a district, fuel economic growth and generate employment and rural entrepreneurship, taking us to the goal of AtmaNirbhar Bharat. One District One Product (ODOP) initiative is operationally merged with ‘Districts as Export Hub’ initiative being implemented by DGFT, Department of Commerce, with Department for Promotion of Industry and Internal Trade (DPIIT) as a major stakeholder.

The Department of Commerce through DGFT is engaging with State and Central government agencies to promote the initiative of One District One Product. The objective is to convert each District of the country into an Export Hub by identifying products with export potential in the District, addressing bottlenecks for exporting these products, supporting local exporters/manufacturers to scale up manufacturing, and find potential buyers outside India with the aim of promoting exports, promoting manufacturing & services industry in the District and generate employment in the District.

To increase exports and take export promotion to the District level, Department of Commerce through the Director General of Foreign Trade (DGFT) is engaging with State / UT Governments to implement the said initiative in all districts of the country in a phased manner, with the objective of mobilizing the potential of each district of the country to achieve its potential as an export hub. Under the initial phase of the ODOP programme, 106 Products have been identified from 103 districts across 27 States. 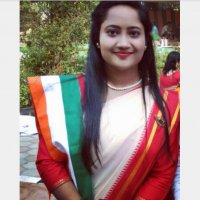 What our Govt do in Renewable Energy Sector?

How Devang Joshi is helping farmers in becoming Atmanirbhar using the...

7 Tips For Finding The Best Effective Tax Preparer For Your Business |...