Warren Buffett once said that the best investment a person can make is in themselves and that more learning equates to more earning. In recent times, the astronomical growth of various cryptocurrencies has captured the attention of many young adults, especially from India, and has got them invested in the digital currency space. While it certainly cannot be denied that these kinds of investments provide huge returns, there is another greatly overlooked type that has the potential to yield the highest dividends if done with finesse. And that is investing in oneself. 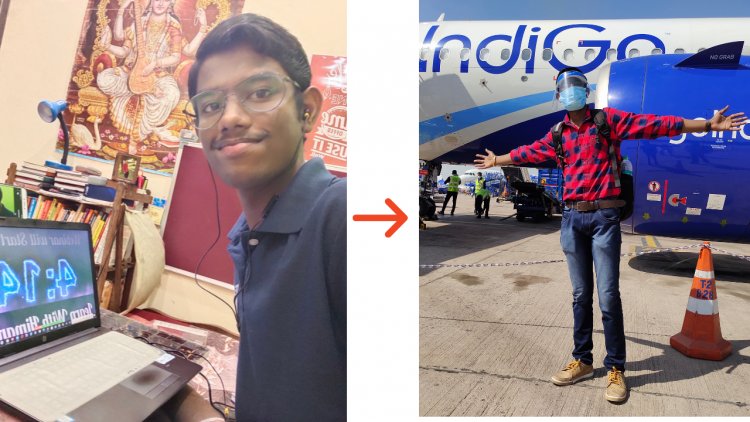 Himanshu Kumar is all of nineteen years but has already grasped the concept of how self-investment and committing to bettering oneself can lay a secure foundation to building an asset far invaluable than the rest: personal growth. Hailing from a small town and rising from humble beginnings is a tale as old as time, but what makes this young entrepreneur's story distinctive from the rest of his peers is his perseverance.

A native of Chhapra in Bihar, Himanshu had already witnessed the nuances of entrepreneurship at a young age from his father, who owned a small-scale business. Two years after completing his secondary schooling, he located from the peace of a municipal city to the hustle and bustle of India's capital, Delhi, with hopes and dreams. Initially arriving as a UPSC aspirant ready to undergo preparation to land the coveted government job, the youngster encountered his first setback since arriving in the city in the guise of financial difficulty.

Not one to turn back in the face of adversity, Himanshu began exploring ways to put his knowledge to good use and earn out of them. After scrolling through Google's search results, he got introduced to the world of blogging and felt a spark within himself. Seeking help from the search engine and learning the trade tricks, he took on the role of a blogger and wrote various valuable articles on UPSC for fellow aspirants. Consequently, to ensure that his work reached and benefitted as many people as possible, he learned Search Engine Optimisation and exercised it in his articles.

His introduction to SEO is what led Himanshu to discover the Digital Marketing empire. One day at a time, he invested time and energy in becoming familiar with the domain. Here, he encountered the second series of setbacks in his life. As a rookie marketer, earning a potential client's trust is a tough nut to crack, but for this ever-persevering young man, it was just another hurdle to jump over.

After amassing a substantial amount of knowledge in SEO, he commenced pitching his services to clients and opened his revenue stream. With this hard-earned money, he decided to expand his expertise by investing in the study of various digital marketing aspects. As time passed, with each new information he gained access to, Himanshu was getting an inch closer to moulding himself into a seasoned digital marketer. It was then that he decided to take one of his life's boldest decisions: starting a digital marketing agency.

Following careful thought and consideration, Himanshu successfully set up his digital marketing agency, Digi Solutions Point. Nine and a half months and rendering holistic services to multiple clients later, the UPSC aspirant had a turnover of lakhs and elevated his agency to one of the most sought-after ones in the city. Although running a thriving business pleased him, he wished to impart the wisdom he had gained to other aspiring marketers.

Akin to how he once helped UPSC hopefuls through his blogs, Himanshu has helped numerous businesses and careers grow through his impeccable teaching programs, workshops, and seminars. Today, he strongly urges others to put faith in themselves and invest in their abilities to witness their growth into better versions of themselves, just like he did.

How ViaWork Organization Solutions may assist you in increasing productivity...

Mr. Harinesh Kumar Jain will enlighten you with the age-old information...

PROVING SELF WORTH: SANJANA CHADDA, The Dynamic Entrepreneur