The Heavy Industry Department was instrumental in the creation of the Capital Goods Skill Council.

The skill needs of the sector. Training institutions will thus be able to impart skills that are valued in the industry by employers. In this way, the Council was targeted to benefit 10 million people.

The Heavy Industry Department was instrumental in the creation of the Capital Goods Skill Council. National Skill Standards are notified through this organization in order to identify the industry's skill needs. Training institutions will thus be able to impart skills that are valued in the industry by employers. In this way, the Council was targeted to benefit 10 million people.

TAFP will provide the Indian capital goods industry with financial assistance to facilitate the acquisition of strategic and relevant technologies, as well as technology development by contract route, in-house route or JV.

National Capital Goods Policy is envisaged to provide an ecosystem for capital goods growth and ensure sustained incentive for domestic manufacturers to service domestic as well as export market demand.

The plan seeks to ensure that quality power is available at competitive rates, which is a sine qua non for industrial and economic development. A strong domestic electrical equipment manufacturing base is essential for an efficient and developed power sector in a country of India's size.

One of the key recommendations of the National Capital Goods Policy is to create a 'Start-up Center for the Capital Goods Sector' shared in an 80:20 ratio by the Department of Heavy Industries and Capital Goods industry/industry association to provide promising startups in the manufacturing and services space with a range of technical, business and financial support resources and services.

Capital goods are goods, as provided for in section 2(19) of the CGST Act, the value of which is capitalized in the account books of the person receiving the input tax credit and which are used or intended to be used in the course or promotion of business.

The DHI Capital Goods Scheme (DHI Capital Goods Scheme) is a pilot scheme designed to support the industry in modernizing technologies from the current state to the global level and beyond. Two windows are provided for this. For, Indigenous development at IITs and like institutions through a consortium of technology seekers grants support granted up to 80 percent of the development costs subject to a maximum of $15.38 million per case within a budget of $38.46 million to those technologies that are commercially not available for transfer. Those technologies that are commercially available and can be acquired by a company or a group of companies that the scheme provides grant support up to 25 percent of the cost of acquiring technology or $1.53 million, whichever is lower, within an overall budget of $7.69 million. The system also supports the establishment by a group of user sectors of Common Engineering Facilities. Grants could provide up to 80 percent of the project cost. The Scheme also supports the establishment of a single Earthmoving & Construction Equipment and Industrial Park Test Centre. (100 percent to $15.38 million and up to 80 percent to $19.23 million maximum).

A group of industry recipients can generally make a proposal. A proposal which includes Central / State PSUs could also be made by technology developers or infrastructure SPVs. 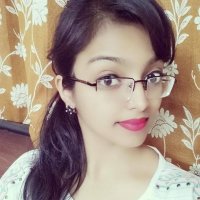 Body and Strength a Portal Promoting Athletes, Nutritionists, Events and...

Crazy, Genius, Behaviors & Mindsets, Become an Entrepreneur Only Because...