Success will come to you in the end if you keep a positive attitude and value your own uniqueness. We'll be discussing this remarkable healer who has broken new ground in many therapeutic areas. Her notoriety among both Indians and foreigners keeps rising. 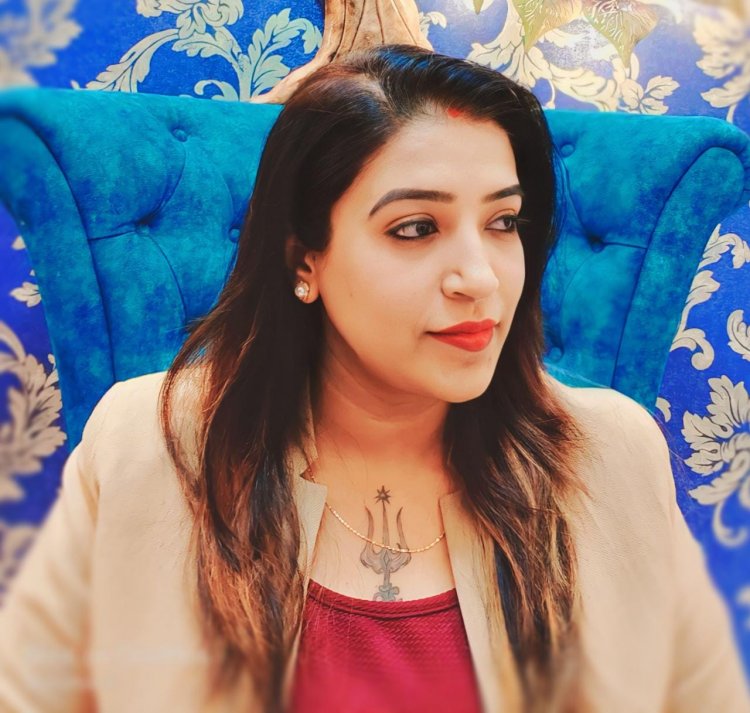 Kanishka Chawla is the woman who will be highlighted today. In addition to being a Spiritual Friend and Quantum Healer, she is a Mind Coach. She was raised in a household that belonged to the middle class in Marathi before marrying her visionary Sindhi husband. She has a certification in life coaching from the American Union of NLP. She has always found solace and nourishment in serving other people. 2007 marked the beginning of Kanishka's professional career, which she launched with Accenture. Since then, she has worked for a variety of firms, including Dell, Yahoo, Microland, Whitehat Jr., and others.

Over the past ten years, she has worked in both the offline and online education and coaching fields. As soon as she made the decision that she wanted to devote her life to assisting others, she began her research into human nature and thought patterns. After completing her education in a variety of complementary and alternative methods of treatment, she began assisting people by instructing them in how to access the limitless potential of their minds.

Hypnotherapy and Neurolinguistic Programming are only two of the services that she provides as part of her consulting business. This list is not complete; she also specialises in regression therapy, which involves not just age regression but also womb regression, past life regression, and age regression. She is also a qualified Pranic healer in addition to being an Access Consciousness BarsTM healer, as if that weren't enough to mention. In addition to that, she provides counselling for careers as well as relationships and parenting. In addition to being a Tarot card reader, she is an expert in Meditation. Her energy healing sessions have been sought out by clients for a wide variety of ailments, including those affecting the body, mind, and emotions. She has changed the lives of hundreds of people, including authorities, professionals, housewives, students, and models, and her clients include both business owners and high-ranking government officials. Her clients include business owners and high-ranking government officials. Nishigandha Wad, a well-known actress in Bollywood and Marathi, was able to make it to her motivational event, which was a wonderful blessing.

Our unconscious mind is always aware of what it has to do in order to repair itself. The struggle consists in putting an end to one's ego. "The most resilient spirits can be found on the other side of hardship. Scars can be found on the bodies of the most powerful characters."

Kanishka Chawla is a dogged individual who has set her sights on "Transforming Humans into Superhumans" as her life's work. Kanishka is currently working on her second book, which will be on the craft of conscious parenting. She is the author of a book called "The Blueprint of Money Neurology," which she wrote using her penmanship.

Hypno-NLP is the name that Kanishka has given to the new training programme that she developed by combining the most beneficial aspects of hypnotherapy and NLP. She has also begun educating aspiring coaches in these ways, and she is getting ready for her signature breakthrough workshop, which will include "Breaking Down Barriers," "Living Limitless Life," and many other topics.

There is no need for us to become heroes instantly. We only need to take things one step at a time, and as each new challenge presents itself, we may address it and discover that it is not quite as terrifying as it once appeared. One person that exemplifies this is Kanishka.

When we asked her what the most difficult obstacle was that she faced while attempting to help other people, she said. She made the comment that people are willing to pay tens of thousands of dollars in a medical facility where there is no assurance of survival or treatment, but they want to haggle over their mental and emotional wellbeing. They continue to prioritise financial success over their emotional health.