Ankur Srivatsav, a small-town boy to a big ambitious entrepreneur

Ankur Srivatsav is a self-motivated entrepreneur from a small town in UP. He was an introvert who found the hidden powers of being an extrovert. He shares his story to help you understand what it means to be an entrepreneur. 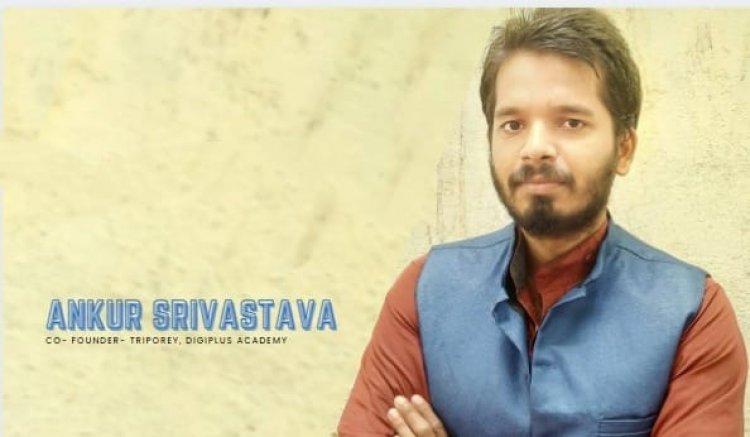 Meet Ankur Srivatsav a self-motivated person through this story

Ankur Srivatsav is from a small town in UP. Being an introvert, he spent most of the time wanting to be an extrovert. Despite it being difficult to accept himself, he navigated through to find the hidden powers of an introvert. He explains how introvert has the power of not getting betrayed. As their friend circle is selective and carefully chosen with time. He also mentions being a people pleaser in the early times. His delivery of speech explains that he conquered them well. His family consists of his mom, his dad a businessman, and his sister. He is proud of his parents to trust him to do what he wants. They are also supportive of him. As a school-going boy, he was very studious and hardworking.

Then he got into a college in Hyderabad, ICFAI university. He especially liked his college days, as he was able to explore more cultures. As a person who spent his teens in a small town, he was eager to explore and learn about other cultures. And this was a great opportunity for him to grow as a person. His dream to be an entrepreneur was ever since his college days. Meanwhile, he did not get enough networking for growing as an entrepreneur. Still, he proved his self-sufficient capability by discovering ways to learn more.

He tried to pursue multiple things in multiple domains. As he was not a part of the premium university, so the lack of networking got him to work more towards self-learning. He strongly believes that motivation is temporary whereas mentorship is a permanent essential. He explains in an interview how being from a small town can narrow down the opportunities and the broadness of vision. He also shares his concern about the relatively less opportunity for small-town people when it comes to networking about entrepreneurship networking is a very essential factor in entrepreneurship he says. Especially, a mentor can help us get the plan to action. And a real-time inspiration can boost our motive as the energy transfer. Also, motivation gained through podcasts or speech dies out soon as he mentioned in one of his interviews. He also read a lot about startups and learned from their experience. He claims his role model to be any person who is self-motivated. But he also specially mentions Steve Jobs, Jack ma, and Naval.

He got a job in a reputed company and still ended up working in a startup just to gain practical experience. He believes in learning through free exploration. He worked in multiple startups. So the amount and distinctive experience he has is efficient it implies. Secondly, the mindset. The mindset to do business by projecting the purposeful idea is important. This is also to be gained by networking. Talking to CEOs and people can understand the process of finding purpose in one's life and especially in business being a spiritual person, he believes in the purpose of life more than money. This explains how his life and business are entangled. He sees career and life to be the same. And thus enjoy his Monday rather than hating to go out.

He adapted all these mindsets and he proudly claims himself to be a jack of all skills. From web designing to he knows a lot of skills. With all this in hand, he found his purpose. He understood he wants to collaborate with colleges where he will give his mentorship to budding entrepreneurs. He wants to provide students with this exposure beforehand and save them from the turmoil he went through. He even wants to share the tools he used to overcome the insecurities he had as an introvert. He motivates students and even his sister to pursue what she likes rather than following the Societal norms. He says going with the flow that is compatibility and skill set are purposeful. And his purpose is to be happy. And his happiness depends on satisfying his purpose. He again proved how much he loves his career. He also went on a 15-day journey to meet various entrepreneurs, helping in networking, Jagrathy yatra.