When a woman puts her mind to something and works hard, she can do anything. It is difficult to start a new life in a new place and establish yourself professionally. And problems that a guy faces become less daunting for a woman to face. Renu Moom, a native of India who now resides in Italy, has proven herself to be a successful woman by deciding to pursue a career in digital marketing and then conquering every obstacle that stood in her way. 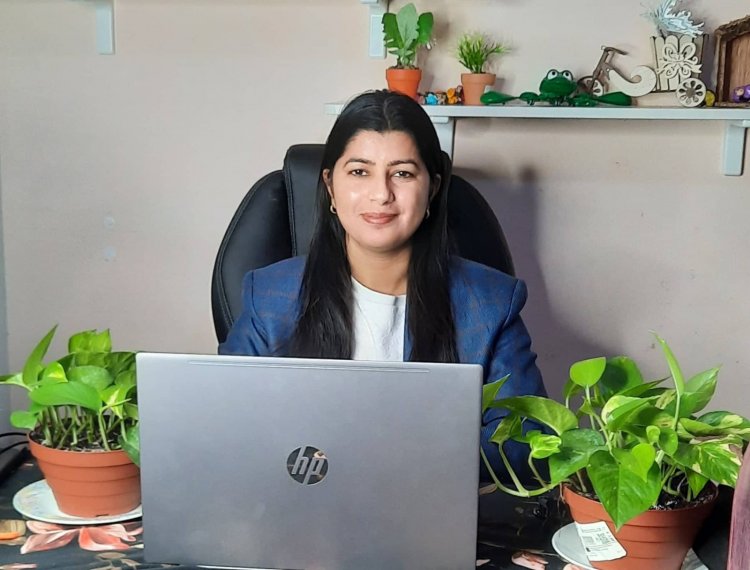 Renu Moom, a proud mother of two daughters, just relocated to Italy with her family after five years of living in the United Kingdom. Her time in Italy had not been a walk in the park by any means. She put in a lot of effort to get a suitable job in Italy, but it was to no avail. Finding work for women is difficult in Italy, especially if you are not a native of the country, so she had to deal with the tremendous disappointment that resulted from this. Because every position in Italy required fluency in the local language, this constituted a significant obstacle in her professional advancement. Renu Moom, on the other hand, was not prepared to give up on her attempts. After all, taking on the obstacles gave her the will to study, struggle, and develop further as a person.

She began taking language classes on a more progressive basis in order to overcome the obstacles. However, nothing was as simple as it seemed because the positions that were available in Italy required regular classes, and because Renu had two young kids, she was unable to choose a career and leave them in the care of another individual while she went to work. She made the courageous decision to bravely handle the duty of being a mother and began searching for a source of income that might be found online. She did a lot of research before finally starting her company, despite the fact that she was not a certified business professional. When she first started her company, she had no idea that she had any hidden talents or abilities. Despite this, she was well aware that she needed to carry out the task, and she would. Her countless hours spent conducting research on YouTube and Google came up empty when it came to determining the appropriate next step for her to take.

If you really want something, there is always a way to get it. And when you have the mindset that you will never get weary of exploring and you never give up, you will definitely find the way that you need to go. Renu Moom continued her investigation, and as a result, she was able to identify the option that would best accommodate her efforts. On March 15, 2021, she launched her business venture. She thought Digital Marketing was a fascinating profession to work in, so she trained hard to become proficient in it. She made a wise investment with her husband's assistance, and today she accepts with great pride the title of "Punjabi Kudi, to be the first to carry a business in Digital Marketing in Italy." Her firm is located in Italy.

Renu Moom is a well-known brand name in Italy as well as the rest of the world, and she currently employs more than one hundred people. In addition to that, she works as a Business Coach, and every month in Italy she manages to secure a spot among the most successful Leader Distributors there. She has been recognised for her achievements by Mr. GO Hamagawa, the General Manager of Enagic, who presented her with the award for Best Distributor. Her accomplishments have also been featured in media stories.

Renu Moom is a devoted mother who strives to provide her daughters with the life of their dreams. She has demonstrated that if a woman is determined, there is no obstacle that she cannot overcome. Renu is doing a wonderful job of juggling her responsibilities as a housewife with those of her thriving business. She considers herself tremendously happy to have a husband like Amandeep Lakha, who is always there for her and never judges her.

She is a firm believer in the maxim that one should never give up and is of the opinion that "if you think you can, you will undoubtedly be able to perform any work you are willing to." She is a dream catcher and believes that everyone should seize the opportunity they find. She also believes that digital marketing has a bright future in the business sector.