Not just one, but 50. Ask to collaborate with them, so you can learn from them while you support their projects and initiatives. In this way, you learn from the best of the best. And to become true friends in the process. Finally, be kind, authentic, and generous. Please offer, give and give. And that's the energy that you send off, and that's the energy that you get back. In this way, momentum will continue to arise.' 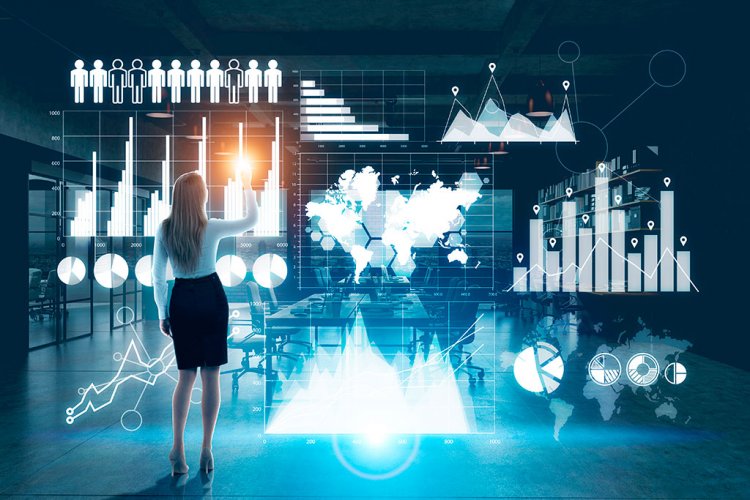 More and more women have renounced conventional male-dominated workplaces in recent years to start their own businesses. Female entrepreneurs make up a greater and greater proportion of the workplace, with 114 percent more than they did two decades earlier, whether they express themselves in the arts, developing innovative technologies, or establishing themselves as freelancers. Women who strive to run their own companies now have role models like Mogul founder and CEO Tiffany Pham to look up to instead of having white men at the top of their businesses solely. Pham recently published the book You Are a Mogul to assist other women (and people of all genders) achieve the stage she is at.

Without speaking a word of English, Pham moved from Paris to Texas at age 10. She eventually rose to the top of her class and went on to attend Business School at Yale and Harvard. While teaching herself to code, she worked three jobs in New York City so that she could fulfill her dream of creating a place for women worldwide to help each other. Mogul, a platform and app where women have discussions, offer and get advice, share posts, post and find jobs, and more, became the dream. Every week, Mogul is visited by over 18 million women worldwide.

How was she doing that? She tells Bustle, "When you have an idea, just get started," "Put pen to paper. Don’t worry about it being perfect at the beginning. Rapidly prototype, and iterate toward perfection over time. Next, reach out to your 50 role models.

Here are some more tips from Pham in her book that she shares.

Although some female entrepreneurs may try to get as much experience as possible in the field in which they want to end up, Pham promotes working in as many positions as possible in as many fields. If you're going to run a business, all aspects of it must be understood.

Pham discovered this while working in banking after being given an internship at the United Nations. Eventually, she decided to end up working at a location like the United Nations, but she knew that the way to get there was to acquire experience in a variety of fields, including finance, so she remained at her current job, which eventually prepared her for running a company that would change the world the way she wished to change it at the United Nations.

"You’ve got to kill it and over-deliver on every task you are given. And I mean every task. There is no task too small for you," Pham writes. Create the best cup of coffee you've ever made if you're an intern tasked with making your boss coffee. Be extra polite to the people on the other end of the line if you're answering the phones. Pham tells the story of a friend who had to lick stamps for her work, so she got promoted and became an extremely enthusiastic stamp-licker.

You will be recognized if you are able to find a way to perform even the most boring tasks exceptionally well. So, regardless of what you do, over-deliver and ruin it.

Most of us are taught to perceive failure as a negative during childhood. But failure can actually mean that you try various things and make progress. If you approach them as such, failures can actually be successes in disguise, aside from the fact that it teaches you lessons on what does not work.

For instance, in an unfamiliar country, Pham's childhood years, failing to fit in with her classmates, helped her "learn how to belong anywhere, to be curious about new places and new ideas, and to be ready and willing to incorporate new perspectives into my growing worldview," she writes. If you make a mistake, funnel the energy to make that mistake to a changing point in your life that would have gone into feeling regretful.

If we outperform the people around us, most of us feel successful, but Pham instead advocates trying to outperform yourself, even if you're doing well already. In high school math class, where she would usually get A-minus on exams, she first discovered this. Until she saw that the girl in front of her was getting A-pluses, she was not inspired to do better. She strove for a 100 every time, realizing that a little bit of extra time studying had major payoffs until she realized that it was possible.

"Achieving the 'impossible' is usually possible with hard work and unwavering dedication," Pham writes. "When you set yourself up for success, you often surpass what once seemed impossible. Not just for grades or accolades, but because there is no better feeling than doing your best, whatever your best might be."

Pham claimed that when she started Mogul, she would marry the partner she was with before he made her choose between him and her future. The experience taught her that you need to make sure they respect all your career objectives before you get serious about someone.

It can feel like your opinion doesn't matter when you're the only woman in the room or the only person of color or the youngest. But really it matters more because Pham says, you carry a fresh viewpoint to the table. We need companies run by people of all kinds so that we can appeal to all kinds of individuals.

"If you are facing an industry event, a board meeting, or an interview where you know you will be facing a roomful of people unlike you, acknowledge what an important thing you are doing," writes Pham. "You are taking one more step for each of us to claim our place at the table."

In her novel, Pham shares her morning routine, and it allows you to understand (though still not entirely) how she can endure four hours of sleep a night. She texts "good morning" to some of her close friends when she wakes up each morning, and they check in with each other. And to turn business into an outing, she goes to a dance class and has her first meeting of the day over breakfast."This allows me to go into the day feeling most like myself when I’ve connected with someone deeply," she says.

"Every day is about high impact. It’s important to perform at 100 percent in every moment — with true kindness, authenticity, and generosity." That's a lesson that can be applied to their careers by anyone in any field.